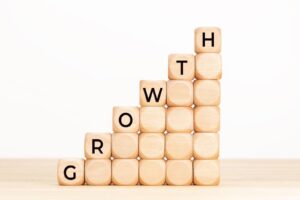 “What the mind can conceive, the body can achieve.”

Chances are you’ve heard this saying, but did you know that there’s evidence to back it up?

In 2007, Stanford psychologist Carol Dweck released a remarkably insightful book called Mindset: The New Psychology of Success in which she analyses the power of beliefs, specifically, what we believe about ourselves.

Through her research, Dweck found that our conscious and subconscious beliefs about our ability to improve and evolve have a significant impact on whether or not we achieve our goals in the end.

She discovered that each person operates under one of two basic mindsets — a fixed mindset, or a growth mindset. Here are the differences between the two:

How does a growth mindset impact leadership?

In order to maximize your leadership potential, you must first believe that you are capable of doing so. Growth starts in your mind, and with practice and dedication, your actions and new habits will follow.

In my 30+ years of experience as an executive leadership coach, I have seen men and women struggle to lead their teams, and when it came down to it, the root of the issue was that they did not believe they possessed the inherent ability to lead people well. This subconscious unbelief bred insecurity, anxiety, and disorganization that bled into their work life and negatively impacted how their teams viewed them.

Maybe you aren’t a natural-born leader; that’s ok. Truly effective leadership is grown through development, training, and dedication. All you need to be is willing to put in the effort.

Are you ready to grow your leadership skills through executive leadership coaching? Contact me today for a FREE consultation.

As a licensed pharmacist, he is particularly passionate about helping develop effective leaders in the healthcare community. Dr. Wilkerson has coached and trained thousands of managers and leaders. He is a certified coach and member of the John Maxwell Leadership Team.

Want to be a more effective leader this year?

See how you stack up on the 5 Habits of Emotionally Intelligent Leaders Checklist.